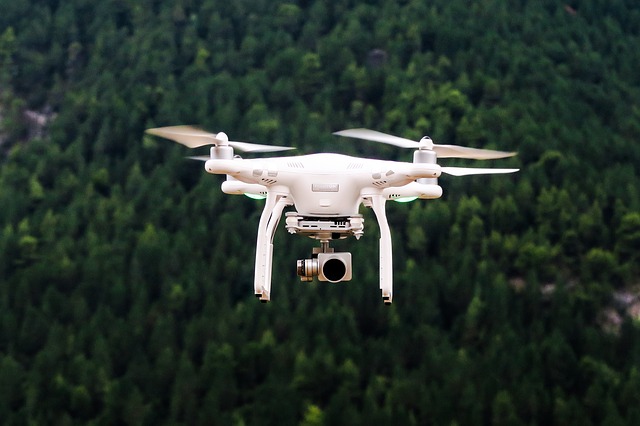 While the potential of drones to create an ROI on the farm has been much discussed, too many have over-promised and under-delivered when it comes to results. That’s part of the reason that the recent news from HTS Ag is so exciting. The company has always been dedicated to enabling technology solutions that can include drones in a way that makes sense for farming operations of any size, but this announcement showcases how they’re truly delivering on this commitment without resorting to hyperbole.

The update from HTS Ag saw them announce that they have partnered with Hylio to bring the latest technology to producers across the Midwest. Hylio is a Texas-based spray drone manufacturer that creates autonomous, crop spraying drones. This partnership is designed to help growers better understand how they can be using these types of solutions to enable efficiencies on the farm.

Adam Gittins is the General Manager of HTS Ag and mentioned that part of the reason his company is working with Hylio is that they’re committed to delivering a best-in-class product that can change how farms operate. We wanted to learn more about how these efforts are connected to the core commitment HTS Ag has to deliver value to farmers, so we caught up with him to ask about the challenges he’s helped sort out, how he’s bridged gaps on the farm with technology, and much more.

Jeremiah Karpowicz: What more can you tell us about your efforts to pioneer automation on the farm over the past few years?

Adam Gittins: HTS Ag has been heavily involved in working with automation in agriculture. In 2006, we assisted with prototype testing row by row shutoffs on planters using GPS, and have continued to help test innovative and new products since. In addition to working with precision ag products, we have also been involved in grain bin automation, using moisture and temperature sensors in grain bins along with a weather station to determine the optimal times to aerate grain in the bin.

Are there specific pieces of technology that you can point to as ones that changed how farms operate?

Shutoffs on planters has revolutionized row crop farming. We have seen a reduction of 10-20% of seed used to plant, as well as increased yields by not overplanting those areas of the field. This was brand new technology to hit the market in 2007, and now it is hard to find a planter that does not have this technology on it.

It feels that one of the challenges that drones in agriculture dealt with in the early days was around expectations of what drones could do that were never realistic. Is that something you saw as well?

Absolutely. Early on, many companies made big promises, most of which were not directly connected to production agriculture. Our approach has been a bit different, as we saw the value, but presented it as what it could do after testing it on our own farm operations.  Many of the companies that over-promised early on are no longer in business today.

How have you seen conversations about the adoption and integration of drone technology on the farm change over the past few years and perhaps become more realistic?

Several of our customers have witnessed how simple it is to operate and collect data, and with HTS Ag as their trusted advisor we are able to help them get …….