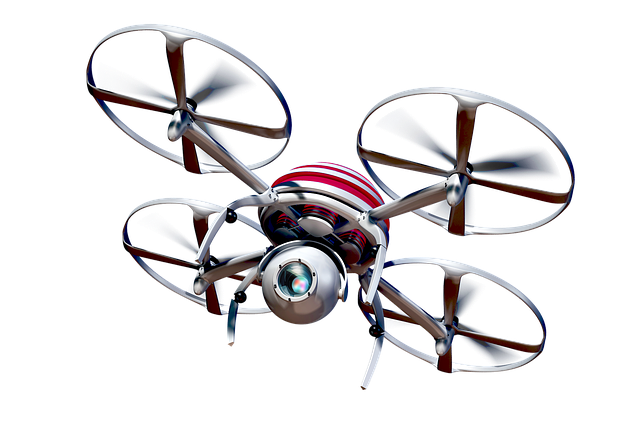 (TNS) — The Waynesville Police Department has a new tool at its disposal, but you won’t find it on the officers’ holsters.

A drone program has been launched to give officers a vantage point they don’t have from the ground — whether it’s getting eyes on a hostage situation, conducting a search and rescue, monitoring a drug bust or tracking a fleeing suspect from the air.

The public needn’t worry about the police department buzzing around over their backyards.

“It is illegal without a search warrant,” said Officer Tyler Howell, the department’s certified drone pilot who’s leading the new program. “Only under exigent circumstances or emergencies are we allowed to look in backyards.”

If officers did have probable cause to suspect illegal activity was afoot, they could obtain a drone search warrant, however.

One potential use of the drone is a hostage situation. As one of two hostage negotiators on the police force, Howell would be on the scene anyway.

“I have the capability to click and focus on something, and it will sit and hover,” Howell said. “I can then set my controller down and be completely hands off to do what I need to do.”

Crowd management will be a more common application, with the drone able to provide feedback on the lay of the land — from large downtown festivals to mass protests. If something goes sideways, footage can be used for training and debriefing purposes.

The drone also can be used to track fleeing suspects. It can follow a suspect as they jump fences and run through woods to help guide the officers chasing them on foot.

“People stealing and running from Walmart is something we literally deal with daily,” Howell said. “People also run from traffic stops and domestic violence situations. With the drone, we can see their hands at all times, so if they are reaching for a weapon or throwing drugs or stolen goods, we can mark that location.”

In dicey situations, the drone can improve officer safety.

“Every agency has their narcotics unit. If we are doing a surveillance operation or a buy-bust, it is not necessarily convenient for our officers to be right around the corner from the undercover detectives,” Howell said. “We can have eyes on them from afar.”

Another common application will be search and rescues.

“We have a lot of nursing homes and it’s pretty common for dementia patients to wander off,” Howell said.

If a K9 is being used to track a suspect or missing person, Howell can lock the drone to the dog, and it will automatically follow along from the air without Howell having to manually operate it.

Jealousy over Howell’s new toy has led other officers within the department to express interest in becoming drone operators, as well.

“We’d like to get to the point where we have a drone on every shift, not just me,” Howell said.

Law enforcement units in Haywood County are known for their inter-agency cooperation, from partnering on K9 assistance to a county …….